The future of optics and photonics in Mexico

Santa María Tonantzintla, Puebla, November 3rd, 2022. "Future and perspectives of optics and photonics in Mexico" is the title of the round table with which it seeks to celebrate the thirty-fifth anniversary of the Mexican Academy of Optics (AMO) and to bring new generations of scientists closer to some of topics at the frontier of knowledge.
The round table, which will take place on November 7, is organized, among others, by the National Institute of Astrophysics, Optics and Electronics (INAOE), the University of Guanajuato and the AMO. Participating in it will be Dr. Julio César Gutiérrez Vega, professor-researcher at Tec de Monterrey; Dr. Miguel A. Alonso, professor-researcher at the Institute of Optics of the University of Rochester and Centrale Marseille and the Fresnel Institute of France, and Dr. Luis Zenteno, of Corning Incorporated, United States. The table will be moderated by Dr. Rosario Porras Aguilar, a researcher at the University of North Carolina at Charlotte.
In an interview, Dr. Eduardo Tepichín Rodríguez, a researcher at the INAOE Optics Coordination and president of the AMO 2021-2022 Steering Committee, commented that the AMO was born at the INAOE around 1987, when a first meeting of researchers was held in Optics nationwide. “Many of us were students. This was an effort for the entire optical community in Mexico to work together. This year is the 35th anniversary and it also coincides with the anniversary week of the INAOE”, he said. 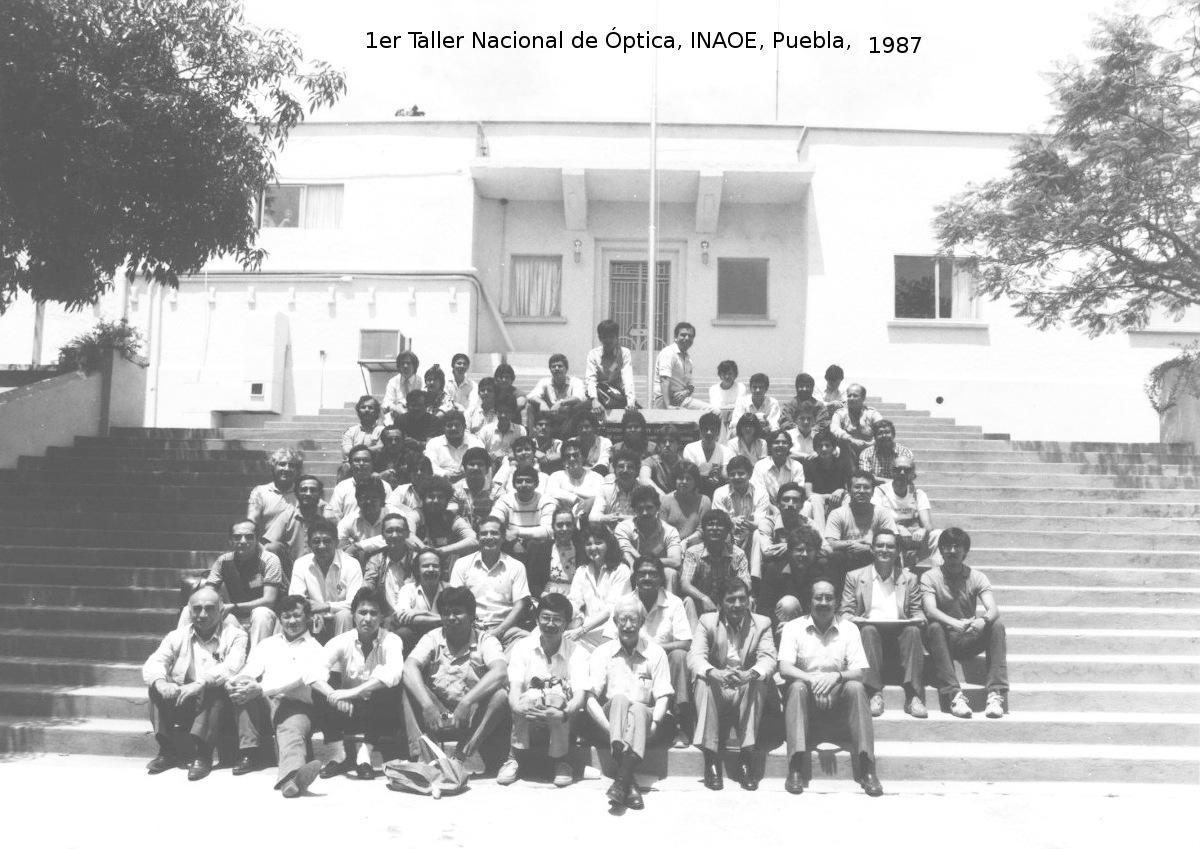 He recalled that the Academy was conceptually born at the INAOE, although it was established and founded at the CIO, in Guanajuato. Among the founders were Daniel Malacara Hernández, Jorge Ojeda-Castañeda, Luis Raúl Berriel-Valdos (†), Alejandro Cornejo Rodriguez, Cristina Solano Sosa, Martín Celaya Barragán, Miguel Cervantes Montoya, Marco Antonio Machado Gama, Arquímedes Morales Romero and Kurt Bernardo Wolf. Bogner (†). The first generations are retiring and it is the job of the following ones to continue spreading the work in the area. “There are many young people who are working in Optics. The idea of ​​the round table is that they know what we are doing”, he pointed out. 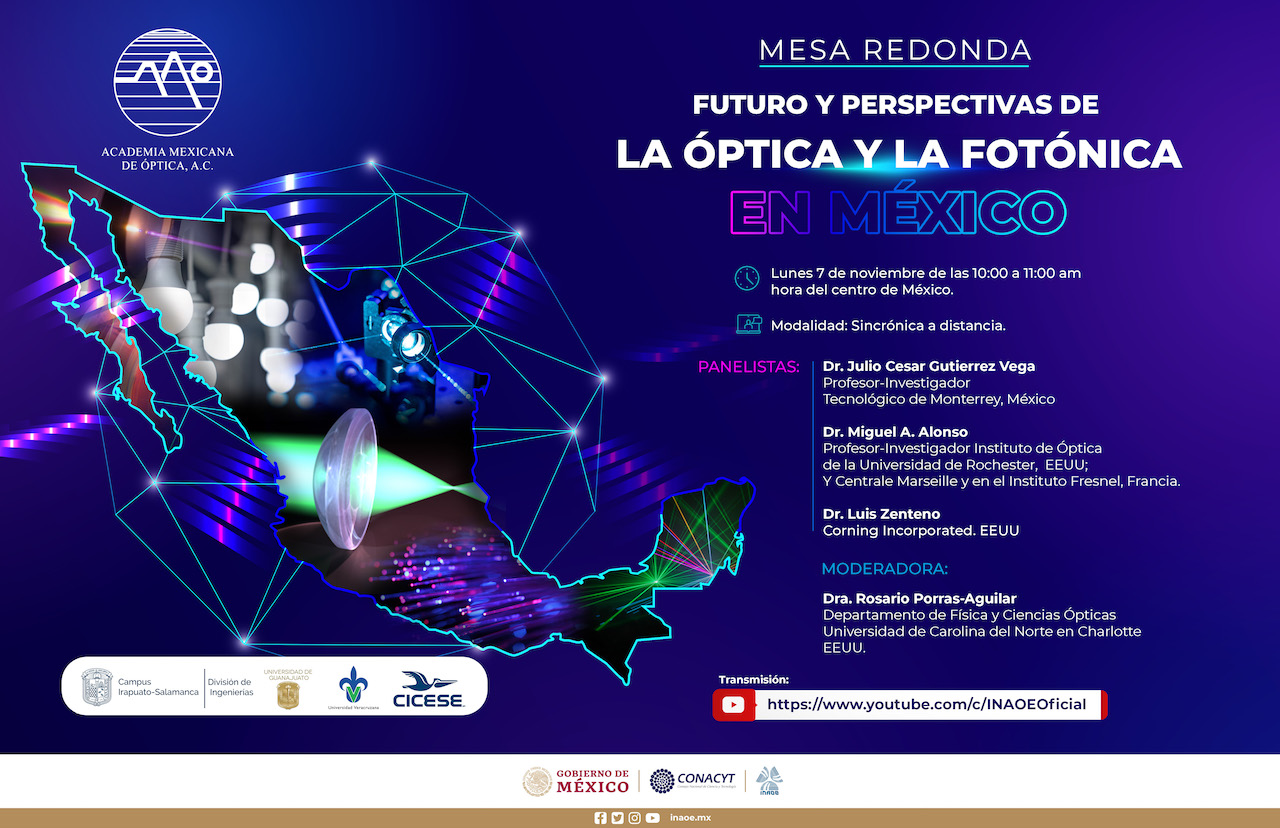 For this 35th anniversary, the AMO will organize a series of round tables that will be called “The future of Optics and Photonics in Mexico”. The first round table will take place on November 7 and will be attended by Mexicans who mainly work abroad.
Also, at the end of November, a second round table will be held with researchers working in Mexico. "I think there is a great future in the areas of optics and photonics, there are many applications that derive from both classical and modern optics and we want to spread and support these areas".
Finally, he informed that the round table will be broadcast live on the INAOE channel on YouTube and then everyone will be invited to connect to Zoom and have feedback.
The round table "Future and perspectives of optics and photonics in Mexico" will be held on November 7 at 10 a.m. and will be broadcast live on https://www.youtube.com/c/INAOEOficial